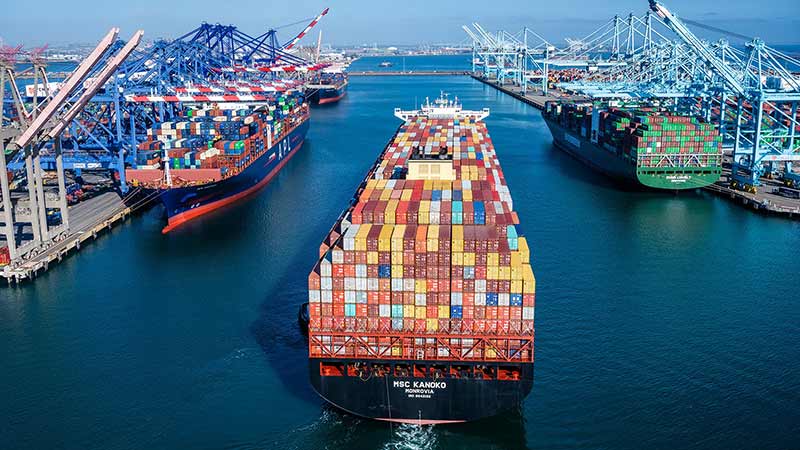 The independent service is further evidence of MSC’s growth aspirations across global trades, particularly where it sees a gap opening in the market.

According to maritime and supply chain intelligence company eeSea, MSC has added three independent services on the transatlantic tradelane in the past month alone.

And it is understood to be planning a number of new standalone services, with the necessary capacity underpinned by its insatiable appetite for second-hand tonnage, which has seen MSC acquire over 200 vessels on the S&P market in the past two years.

The start of the new weekly loop is subject to regulatory approval, although the carrier has stemmed the 5,029 teu MSC Bremen to sail from Shanghai on 20 July, loading at Ningbo and Busan and transiting the Panama Canal (including a stop at Cristobal) before calling at Houston, Port Everglades and Savannah.

“This will enable us to offer direct connections from northern China and South Korea to the US Gulf coast. It includes a direct call to Port Everglades, which until now has only been offered via transhipment,” said MSC.

Moreover, the carrier said, with effect from the sailing from Haiphong on 15 July of the 9,640 teu MSC Ellen, it would add a direct call at Da Chan Bay to the Suez Canal-routed Santana service schedule, as well as a direct call at Boston. As a consequence, the loop will drop calls at Ningbo and Houston, which will be covered by the Zephyr service.

According to eeSea data, the weekly Santana service has a round-trip voyage of 70 days, with MSC having deployed numerous different vessels on the loop.

Without the need to consult and negotiate with an alliance partner, MSC could consider the launch of additional independent services from Asia to the US east coast to support increased demand.

“The underlying cost economics of water versus land modes and the population distribution of the mainland favour a continuation of a subtle transition from west to east.”

He said that in addition to the better cost economics, issues relating to emissions and congestion also favoured the all-water route.

“If and when emissions take on an economic cost, they will become a more direct factor for consideration by shippers,” he added.