US shippers face another round of re-evaluating their trucking strategy 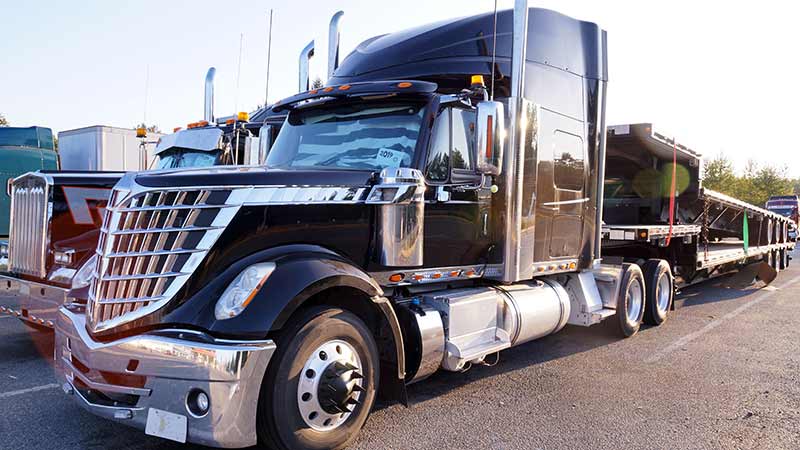 And, shippers have cause to re-examine their trucking strategy again.

This year, many US shippers changed course and signed freight contracts to secure truckload capacity in a tight market and hedge against further rate escalation. Spot rates had soared to new heights by January, after a year of frantic activity.

They subsequently went into a nosedive, as shippers went for contracts. From a record level of $3 a mile in January, spot rates dropped over 70 cents a mile in the first four months, falling by 30 cents each in March and April, levelling out in May and sinking further last week.

Traditionally 5% to 10% of the market is in spot rates, but in January some shippers sourced as much as 20% to 30% of their trucking volume on the spot market, said Ben Cubitt, Transplace’s SVP network services and consulting.

Since then the share of spot business has reverted to the 5% to 10% range, he added.

With inflation at levels not seen for decades, supply chain executives are under pressure to lower costs, Mr Cubitt noted. The rates many of them secured a few months ago seem less enticing now, he said, adding: “Cost mitigation is the opportunity of the day.”

The pressure is augmented by concerns that the stubbornly high inflation rate could lead to economic contraction. In May, retail sales fell for the first time in years and large retailers, like Walmart and Target, have reported inventory levels much higher than anticipated.

Notwithstanding some warnings of an economic collapse and a bloodbath in the trucking industry, the slowdown has been rather restrained so far, said Mr Cubitt, describing the trajectory as easing rather than collapsing. Moreover, there is still uncertainty as to whether the re-opening of Shanghai will bring a surge in traffic that could stretch US capacity again.

The US National Retail Federation recently forecast 2% year-on-year growth for the June-October period.

Trucking capacity has remained tight in many sectors, notably on routes to Canada and on northbound lanes out of Mexico, Mr Cubitt pointed out. Truckers have been able to recruit more drivers lately, but their ambition to expand is frustrated by the lack of available trucks and trailers, he added.

These considerations have, by and large, caused shippers to tread carefully rather than pursue a pronounced shift back to the ad hoc market. Only a small minority has moved to abandon contracts and make a major switch to spot pricing, Mr Cubitt noted.

Some large shippers have introduced a third round into the tender process to provoke more attractive rate offerings, he added.

Some shippers have re-negotiated their contract rates with brokers. Few have gone to carriers directly to push for a flat rate reduction. For their part, carriers are showing flexibility, mindful that the market is softening and their strategic customers are facing increasing cost pressures. However, they are trying to hold the line, going for lower rate increases than they had originally targeted.

The mood has become more competitive, Mr Cubitt noted. A few months ago a tender would attract far from all the eligible carriers, but now the response rate has increased markedly, indicating that truckers are more active in pursuing opportunities.

A shift to spot rates has played out chiefly for new lanes or new traffic for shippers. Mini bids have become a popular avenue for ad hoc capacity arrangements.

And shippers have got used to the concept, said Mr Cubitt. Historically, such bids covered perhaps 10-20 lanes; now they can involve between 100 and 200, he noted.

Different contract lengths seem to be less of an option. Quite a few shippers have flirted with six-month terms, but the vast majority are still going for annual terms, Mr Cubitt said.

The changing market conditions are also giving shippers which responded to the tight capacity situation of last year with the decision to build up in-house trucking capability or seek dedicated fleets, pause for thought. A softening market makes this more challenging.

“If you don’t run that well, it starts becoming a cost burden,” Mr Cubitt warned. For one thing, the steep increase in fuel costs has made empty legs a lot more damaging to the balance sheet. This requires closer scrutiny and tighter management of dedicated capacity.

“The market’s changing. It’s time to change your playbook. There are different levers to push,” he said, adding that shippers still had a lot of room for improvement in their networks.

“There’s other ways of getting savings than rates,” he concluded.